TRENDING NOW
Honor 9 Lite Released; Why is Everyone Going Gaga Over it? | Caring for Nintendo Labo 101 |

Honor 9 Lite Released; Why is Everyone Going Gaga Over it? 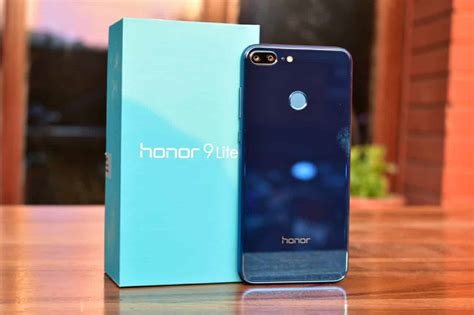 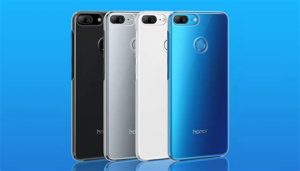 Honor has just released a new flagship phone yesterday on Flipkart with great discount and offers and it seems like everyone went crazy over it. In just a day, it became a best seller smartphone topping off other budget smartphones. With that, it has been named as one of the top-selling budget phones of early 2018. But what made the said phone so great that made everyone clamor for it?

Honor 9 Lite boasts a 5.65 -inch full HD+ display (2160 x 1080 pixels, to be exact) with a 2.5D curved glass front and back. The said newly launched phone also talks big on it processor that is an octa-core kirin 659 clocked at 2.36GHz and it also has a MaliT830-MP2 GPU. When it comes to storage, you will never run out of options as you can choose between 3GB RAM with 32G storage or 4GB RAM with 64GB storage. Its internal storage can also be expanded up to 256GB with a microSD card. With Honor 9 Lite, charging will not be a problem anymore as it is equipped with a 3000mAh battery. Its battery saving technology is also like that of Honor’s previous technology for an extended battery life.

With Honor 9 Lite, your photography and selfie game will surely be given a big boost as it also talks big on its four cameras – two cameras in front and two placed in the rear. It The first camera on its rear boasts 13MP with an aperture of f/2.0 and has an LED flash while its second camera has 2MP. At the front, Honor 9 Lite comes with a 13MP camera and a secondary camera with 2MP. Such cameras promise to bring in even brighter and high-quality selfies that have a depth feature just like the photos taken with professional cameras.

Honor 9 Lite runs Android 8.0 Oreo and it has the latest EMUI 8.0 on top. Aside from that, it comes with two hybrid SIM slots. Like iPhone, Samsung, and other top smartphone brands, Honor has also included a fingerprint sensor on its newest flagship phone but placed it on the back. Like the iPhone and Samsung’s latest flagship phones, Honor 9 Lite also boasts on its face recognition feature.

All in all, Honor’s latest flagship phone is indeed a must-buy. It has a stunning overall look due to its glass body made with a nano-etched design at the back which makes it stand out all the more due to the bright and mirror-like effect that it gives. It is also a lightweight and slim smartphone which most of us love. In fact, it only weighs 146 gms. With such great aspects and features, it is not surprising that Honor 9 Lite has become one of the best-selling smartphones of early 2018 even if the brand has just launched it yesterday.